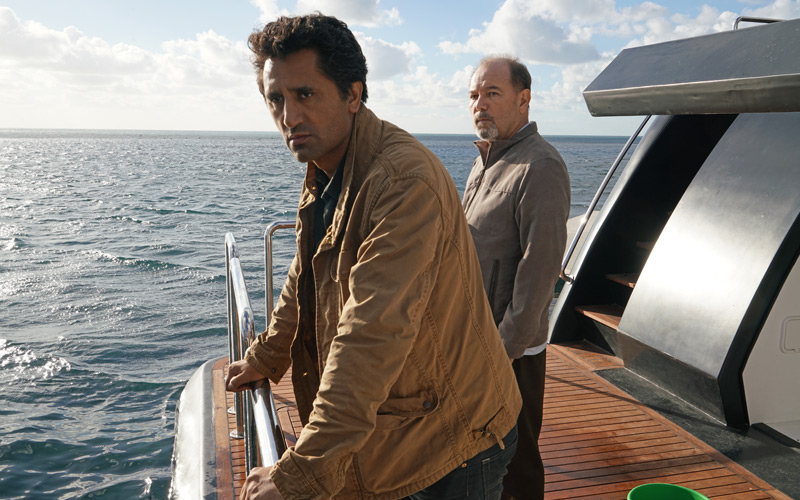 Fear the Walking Dead is returning to the UK, exclusively on AMC this spring, with a 15-episode second season starting on Monday 11th April.

And for the first time the channel will also welcome the hugely popular review show, Talking Dead, which will air in conjunction with each new episode of Fear.

The highly anticipated second season of Fear the Walking Dead will be broadcast in two parts, with the first of seven episodes beginning in April, while the remaining eight will air later in 2016.

Each episode will be broadcast at the same time as the US, at 2am, with a replay later on Monday at primetime.

Talking Dead, hosted by Chris Hardwick, is the lively talk show that welcomes cast members and celebrity guests to chat about the latest episode of Fear and features behind the scenes footage and interviews. Broadcast times will be announced soon.

Watch the video below to hear what the cast and crew of Fear the Walking Dead are expecting from Season 2.

Production began on Fear the Walking Dead: Season 2 last month in Mexico at Baja Studios – home of great ocean-set films like Titanic and Master and Commander.

And if the exclusive first shot from the series is anything to go on, our characters are in for a rocky ocean ride in Season 2.

The companion series to The Walking Dead was a huge success in its first season, becoming the highest-rated first season of any TV series in cable history, and boasting the most-watched series premiere ever.

Season 2 of “Fear the Walking Dead” and “Talking Dead” will be available free of charge exclusively to all BT TV customers on AMC channel 332 on BT TV and BT Sport Pack subscribers on Sky channel 192.

AMC is also available in HD on both BT TV and Sky with an HD subscription. Click here to find out how you can watch.