There are few things you can count on every year on the cinematic calendar but one thing we can depend on with absolute certainty is the arrival of a new Woody Allen film.

This year brings us Café Society, a 1930s set romantic comedy with a Hollywood backdrop with stars like Jesse Eisenberg, Kristen Stewart, Steve Carell and Blake Lively populating the cast. After already receiving strong notices at the Cannes Film Festival, the film is making it’s UK debut on September 2nd and we now have a new trailer and poster to share with you. 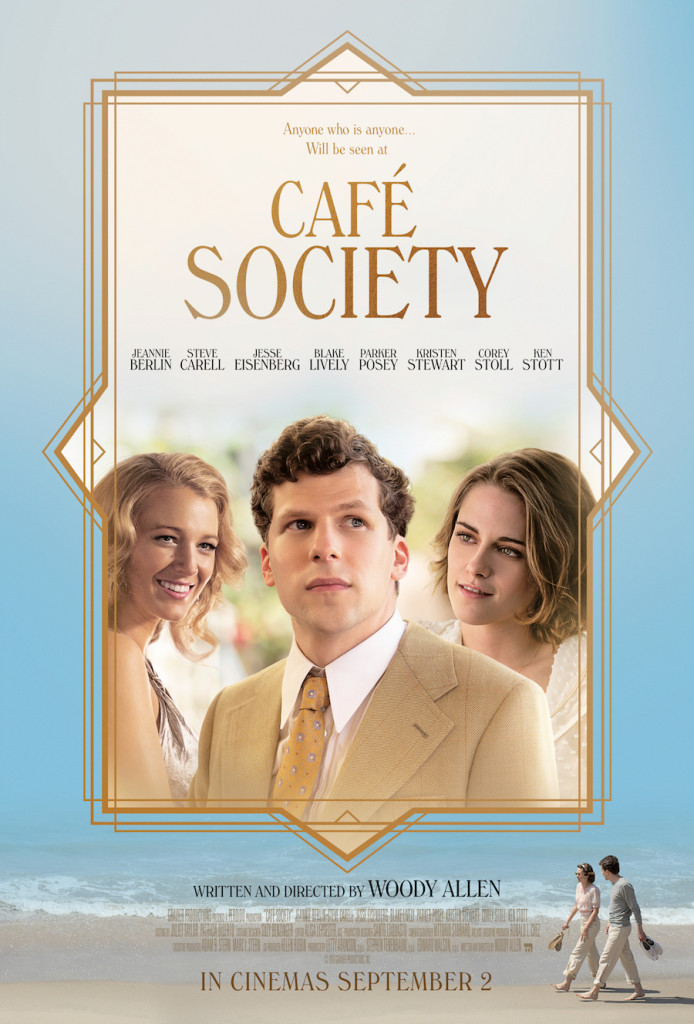 Synopsis
Set in the 1930s, Woody Allen’s bittersweet romance CAFÉ SOCIETY follows Bronx-born Bobby Dorfman (Jesse Eisenberg) to Hollywood, where he falls in love, and back to New York, where he is swept up in the vibrant world of high society nightclub life.

Centering on events in the lives of Bobby’s colourful Bronx family, the film is a glittering valentine to the movie stars, socialites, playboys, debutantes, politicians, and gangsters who epitomised the excitement and glamour of the age.

Poignant, and often hilarious, CAFÉ SOCIETY, a film with a novel’s sweep, takes us on a journey from pastel-clad dealmakers in plush Hollywood mansions, to the quarrels and tribulations of a humble Bronx family, to the rough-and-tumble violence of New York gangsters, to the sparkling surfaces and secret scandals of Manhattan high life.

With CAFÉ SOCIETY, Woody Allen conjures up a 1930s world that has passed to tell a deeply romantic tale of dreams that never die.