The theme of espionage has been a recurring theme in cinema for some years. The illusive nature of espionage and the mystery that shrouds the occupation of the spy makes for gripping plot lines. The sub-genre can be traced all the way back to the beginning of the 20th century, with the film The German Spy Peril that was influenced from the onset of the Great War causing invasion literature to spawn, ultimately leading to its transition into film. Some seventy years later, and the genre is still a firm favourite, with the release of the new film Our Kind of Traitor, which is being released on the 12th of September. To celebrate this new spy-thriller, we have compiled a list of some of the greatest spy films of all time.

To kick of our list, we begin with The Bourne Identity, the first film in a series that now includes four sequels. The film follows the turbulent journey of a man attempting to gain information about his life, after being found with two gunshot wounds to his back, the numbers of a safe deposit box in Zurich and no recollection of his identity. If the allusive nature of espionage wasn’t already enough of a thrill, The Bourne Identity adds onto that, by also shrouding mystery around the identity of the main character. The film also reduces the stereotype of the government spy being a clear-cut ‘goody’ character, when we find out that he is being hunted by people supposedly on his side, CIA assassins. The film cleverly subverts the genre in this way; instead of just exciting and entertaining its audience like many action films it is full of intelligent plot twists and full bodied characters. 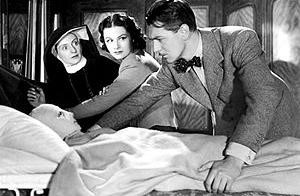 The Lady Vanishes is the oldest movie featured on our list, being released in 1938, over seventy five years ago. The film’s age highlights the genres unshakeable ability to sustain its popularity. The 1930s was arguably the best decade for spy films, being dubbed by The Guardian as ‘the genre’s golden era’, with this film being one of the high points. The out of the ordinary plotline is executed beautifully, under the direction of the legendary Alfred Hitchcock. The film is arguably one of his best, being paced in a way that allows the tension to flourish spectacularly. Hitchcock also includes his own brand of wit, creating what can only be described as a comedy-thriller. The film masterfully harnesses dark humour in a way that doesn’t draw away from the drama and make it light-hearted. The added bonus is that the hero in this film is a strong, independent female; shaking up the typical, alpha-male characters that have saturated the genre.

Skipping forward three quarters of a century, and we’ve come to our next movie, Tinker Tailor Soldier Spy. This film caused a real stir a few years ago, taking a very different spin on the classic spy film. Instead, we follow George Smiley, who comes out of retirement in order to investigate claims that a mole has infiltrated British Intelligence, or the ‘Circus’. The film explores the more realistic aspects of being involved in high-profile espionage. Instead of being proliferated with extravagant cars and high tech gadgets, Tinker Tailor Soldier Spy peels away all illusion of glamour associated with working as a spy. We are instead shown a handful of incredibly lonely and desperate lives of men that are forever sworn to secrecy. Similar to The Lady Vanishes, the film utilises a different type of protagonist than the likes of other popular espionage films that champion ostentatious young men, like James Bond, taking a fresh perspective on the genre of espionage. 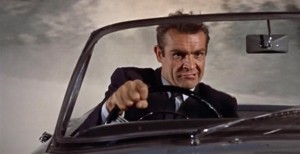 It is impossible to not include at least one James Bond film on this list. The James Bond franchise is the most popular series of espionage films of all time, with Dr No being the first film in the series of  24 films. The smooth and suave spy is universally recognisable, known for his tailored suit, plush Aston Martin and iconic drink order; a martini ‘shaken, not stirred’. Dr No is much more tongue and cheek than films like Tinker Tailor Soldier Spy. Its purpose is to entertain, which it delivers in the bucket load. Dr No glamorises the life of a Spy, glorifying Bond as a hero who saves the day. Dr No is the perfect example of an escapist movie, portraying a man who seems to have it all.

Our Kind of Traitor

Our Kind of Traitor transforms the theme of espionage once again. Whilst on holiday, an unsuspecting couple accidentally get caught up with the Russian Mafia after meeting one of their servants. The man asks them to try and get him refuge with British Intelligence in exchange for him exposing a branch of corruption that runs right through the core of London. The movie moves away from exploring the lives of spies and those who are deeply involved with espionage, and instead focuses on the experiences of a regular couple who get caught up with two dark and mysterious organisations. Due to the relatable nature of the two main characters, the tension created throughout the film is even greater, as you have as much information as the protagonists. Grippingly gritty, this film will have you hooked from the start, taking you on roller coaster of twists and turns, where you won’t know your ally from your enemy.