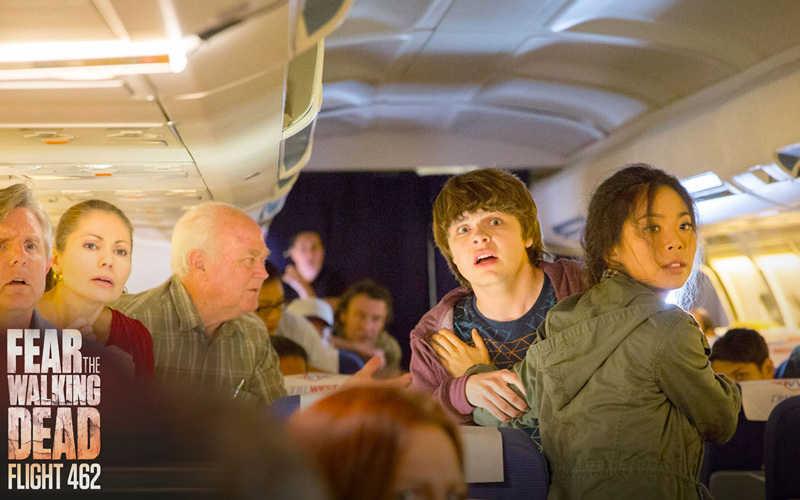 Fear the Walking Dead brilliantly depicted the first few days of the zombie apocalypse and now you can watch the terrifying outbreak from a whole new perspective.

Flight 462 tells the story of a group of passengers who experience the outbreak, thousands of feet above the ground, aboard a commercial plane.

All the episodes are available now exclusively on AMC UK’s Facebook page and here on amctv.co.uk.

Watch the first eight episodes below:

Catch up on all the episodes of Flight 462 here:  http://uk.amc.com/series/fear-the-walking-dead-flight-462

Be sure to keep up to date with Fear the Walking Dead: Season 2, with new episodes every Monday at 9pm on AMC from BT TV.