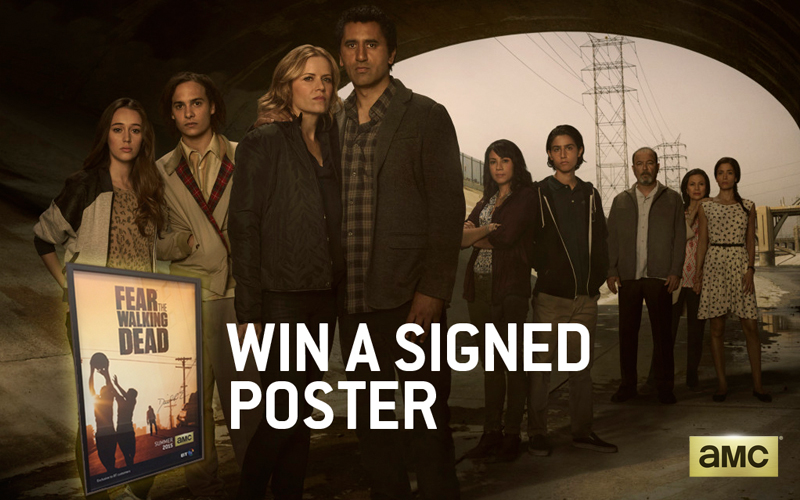 Who would you want to battle the zombie apocalypse with?

To celebrate the season finale of Fear the Walking Dead Season One, which takes place on Monday 5th October at 2am and 9pm, we’re giving you the chance to WIN an amazing signed poster.

All you have to do is tell us who you would want by your side during a zombie apocalypse.

Would you roll with Travis Manawa or Daniel Salazar? Rick Grimes or Daryl Dixon? Which of your friends are up to the task? Tell us by commenting on the Facebook post below!

Who would you want to fight the zombie apocalypse with? Tell us in the comments below and you could WIN a signed Fear…

One lucky winner will be picked at random and win the framed poster signed by the show’s producer Dave Erickson.

And don’t forget to watch the finale of Fear the Walking Dead Season One on Monday 5th October at 2am and 9pm. Here’s what happened in episode five last week!