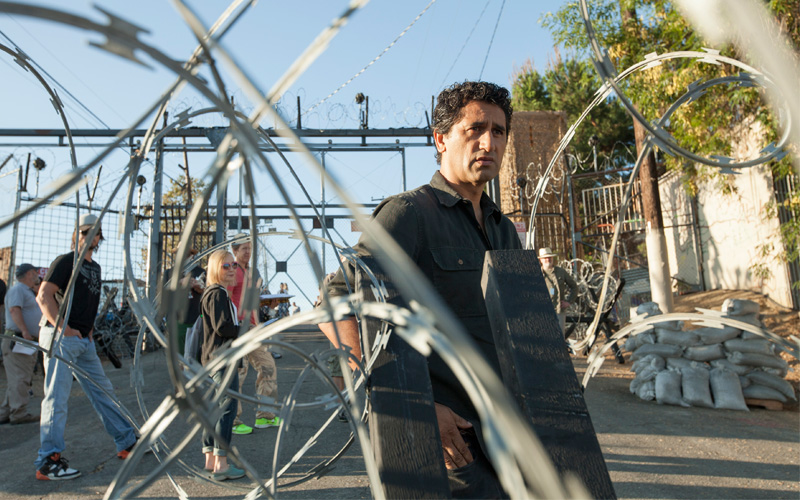 The military have arrived but are the heroes of Fear the Walking Dead actually safe? Surrounded by fences and controlled by armed guards, is something being kept out or are they being kept in?

They have also been told that there is nobody left alive beyond the fence, but Chris and Maddie seem to think otherwise – and even Travis is starting to doubt the security of the safe zone they find themselves locked in.

Now, with Nick ripped away from the rest of the group, can they really stay put or will they need to venture out into the open? We know what’s waiting for them if they do!

Take a look at the preview of Fear the Walking Dead episode FIVE below and don’t forget to tune in for the new episode at 2am and 9pm on Monday 28th October, only on AMC!