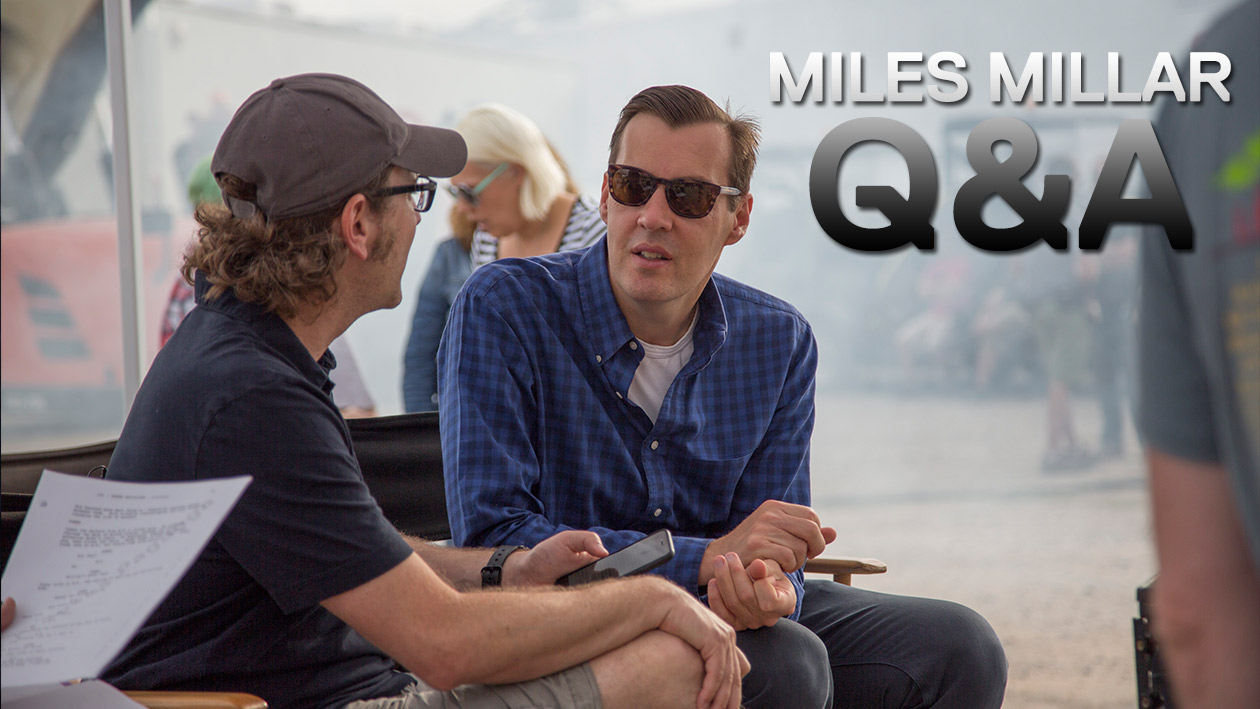 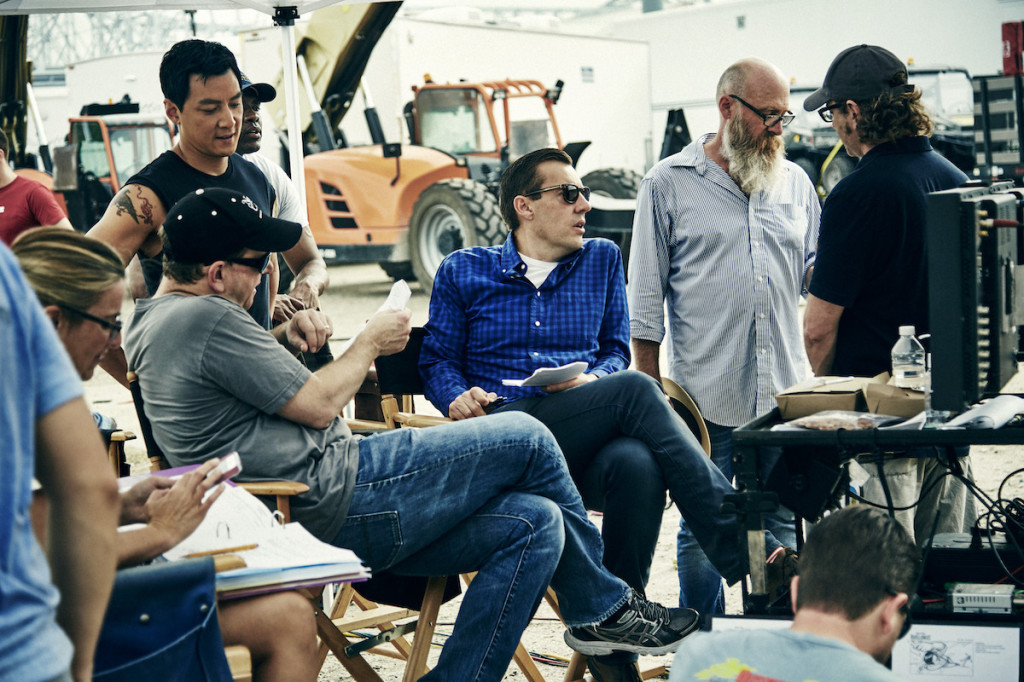 Miles Millar is known as one of the minds behind Smallville, The Shannara Chronicles and The Mummy franchise now brings us a new and unique vision in Into the Badlands. Here he gives us an insight into his (and his writing partners) creative process and what to expect from the series.

What was the genesis of Into the Badlands?

Al and I love martial arts and we have had a lot of experience with martial arts in the film arena; we’ve worked with Jackie Chan, Jet Li, Michelle Yeoh and Donnie Yen in various movies we’ve done.  We’ve always wanted to bring authentic, Hong Kong-style martial arts to television.

We started by asking ourselves what kind of show would really engage us as viewers and as creators?  We wanted it to be American and we didn’t want to set it in a contemporary world where there would be guns. Because guns always make the martial arts feel redundant, and you don’t start a fight sequence by taking a gun out of someone’s hands.  We wanted martial arts to be king in this world, so we set it in a future where there are no bullets, no guns to distract. 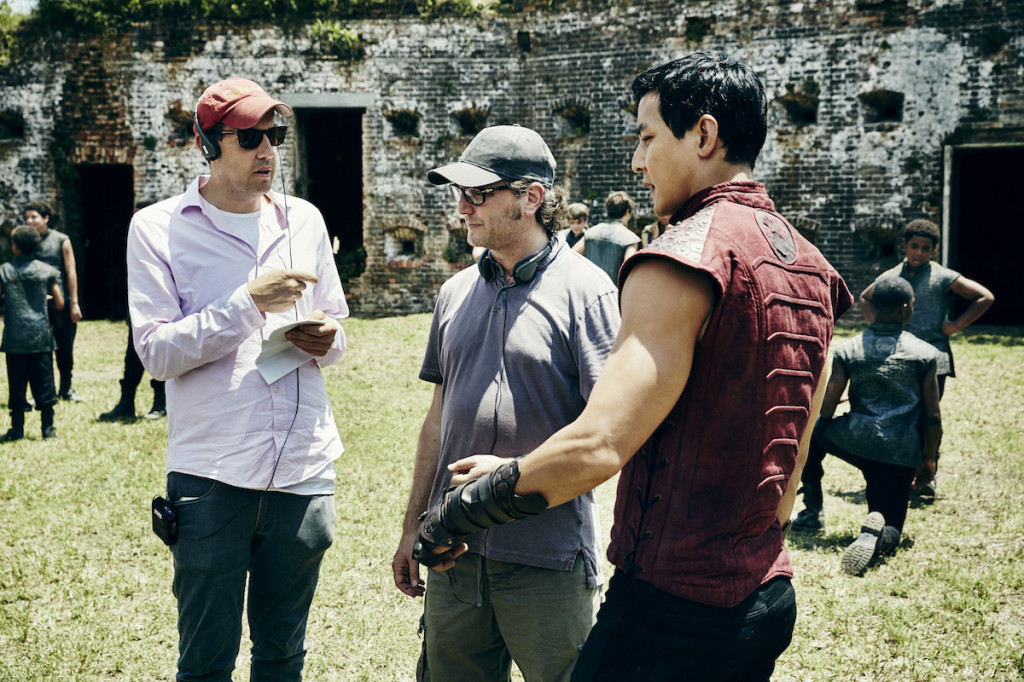 What were some of the influences in shaping the series?

The narrative seed was Journey to the West a.k.a. Monkey King, which is an iconic work from Asian culture and Asian fiction about a Buddhist monk who travels to India in search of sacred texts.  That was the seed, but no more than that, of the idea of a quest for spiritual enlightenment.  That is very much what “Into the Badlands” is: a story about people who are looking for something deeper in their lives.

The show also owes a huge debt to Japanese cinema and the work of Akira Kurosawa, as well as the spectrum of Asian martial arts cinema.  There is a whole subset of Japanese samurai movies that deals with the street across and outside the feudal ruler’s palace, which has the geisha houses and tea houses and so on; that was important, too.  Of course, Bruce Lee was a big influence in terms of the visceral nature of the martial arts, and the elements of real violence and consequence that accompany our characters’ actions. Visually, the work of Wong Kar Wai was a touchstone, and we hoped to emulate his attention to detail and sumptuous cinematography.

All those things are very key to the show.  But it is deliberately a grand mash-up of things that we like as fans of genre and fans of cinema.  We put it in the melting pot of our minds and this is what we came up with.

Did you draw on any historical examples in creating the Badlands society?

The societal structure of the Badlands is very loosely based on medieval Japan, which was divided into territories.  Each territory was ruled by a Shogun; ours are called Barons.  The Shoguns had armies of assassins called samurai; ours are called Clippers.  The people who were once samurai that abandoned their Shoguns and now wander the world were called Ronin; ours are called Nomads. 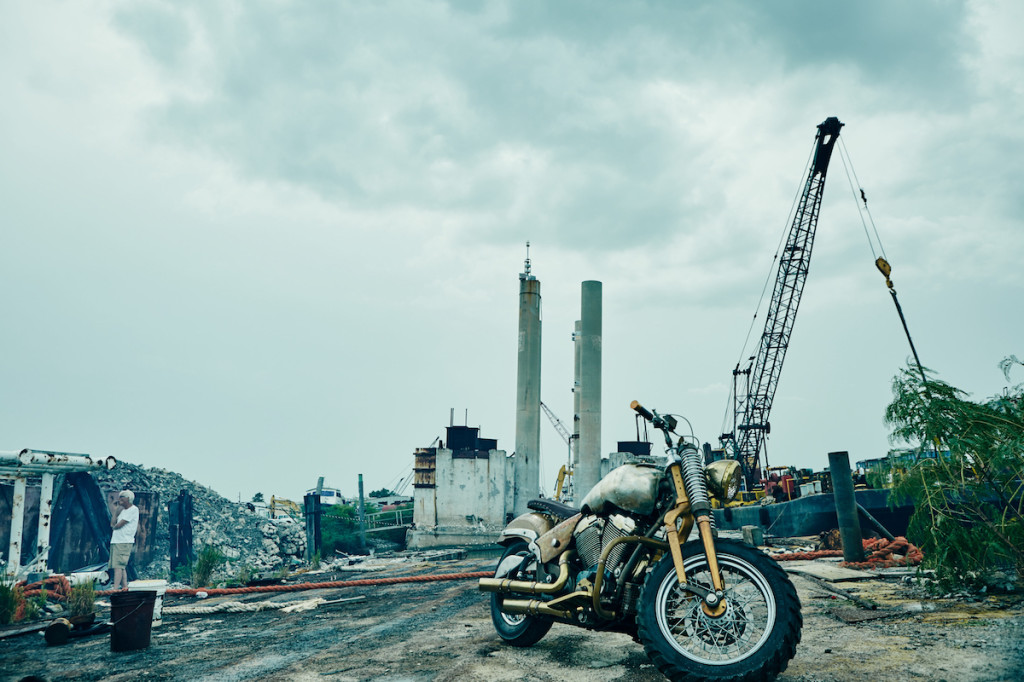 How did you arrive at the series’ visual look?

When you set out to world-build, you think about the aesthetic look and how the world arrived at this point. We didn’t want to do the type of future you see in many post-apocalyptic films, which are very desaturated, very dusty, very orange and red. We wanted it to be the opposite of that; lush, saturated, jewel-coloured.  We thought about the Russian nuclear disaster at Chernobyl; 30 years after the event, that area has become incredibly verdant, almost like a refuge for wildlife. What if, in the future, this world has been reborn in a way?  Nature is prominent and dominant, almost encroaching on this civilization that is holding on by a thread.  You see that in the jewel-like greens and saturated reds of the uniforms that also symbolize the blood and brutality of this world.  You have the beauty of the red fields of poppies that feel benign but actually symbolize death in a very graphic way.

Let’s talk about the characters. Did you think in terms of archetypes?

Not really. We set out to make these characters feel fully dimensional.  Each has secrets, each is haunted by actions of their own making.  As we unpeel and reveal their inner secrets, you get a sense of who they are. There is a moral ambiguity to all the characters; no one is entirely good, no one is entirely bad.  This is a brutal world and it has brutalised the characters.  No one survives without having done things that they regret. The hero of the story is the person who has killed the most.  That was a deliberate choice. Sunny has spilled the most blood and is the most in need of redemption.

Is that redemption something that’s available to any character?

Absolutely. All the characters in the show are in crisis. Sunny is the most pivotal because he’s reached a point in his life where he doesn’t want to do what he’s doing.  But the same is true of Quinn, who realises that he’s reached an age where he’s vulnerable. Lydia is experiencing a rejection from Quinn; what does it mean for her if he dies?  Ryder’s been passed over by both his parents, and what’s his future?  Veil, too, has reached a point where she could lose her life if Quinn so decides.  So everybody in the show is at a moral and emotional place of crisis.  Even The Widow, who’s is trying to carve a place out for herself as a Baron in this world.  She wants to make a better world, but at what cost? 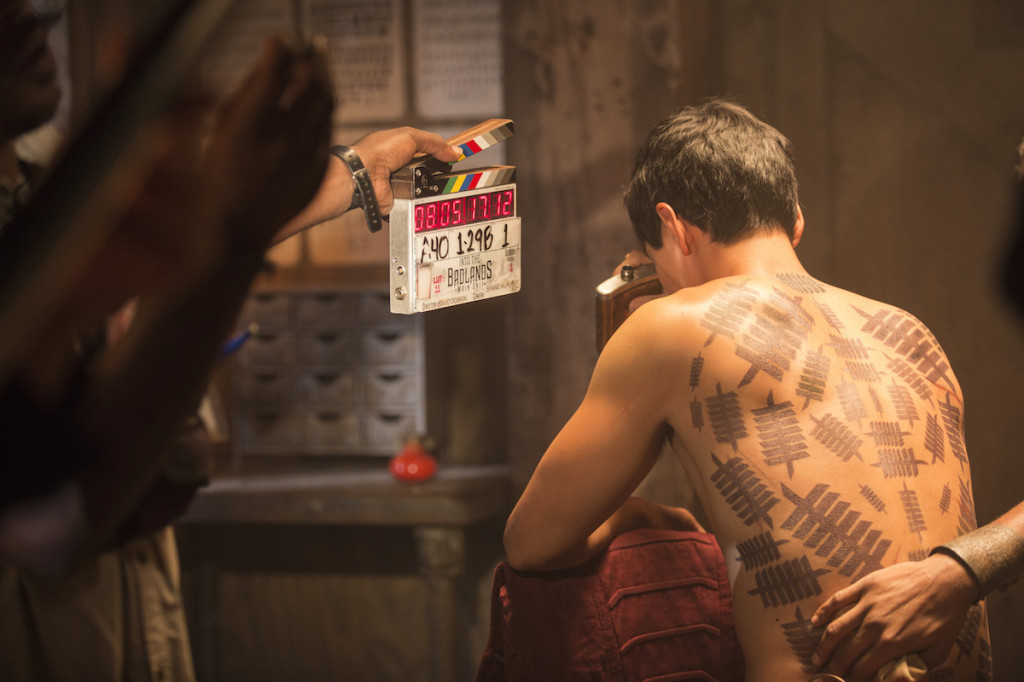 Tell us about the symbols you created for the Barons.

Any state or other governing body would have an emblem to represent them.  We wanted to create an iconography that would be very specific, and we liked the idea of finding benign symbols and then twisting them to make them menacing.  We also wanted the icons to feel American rather than medieval European. So the symbol for the Widow is the butterfly. It has a presence and power as a symbol and is used in throwing stars, which are deadly weapons.  For Quinn, we chose the armadillo.  How do you turn this strange animal into a symbol of power?  If you think about it, it’s small but it’s armoured and protected; it’s actually a prehistoric creature that has survived through millennia.  So it’s a perfect representation of Quinn what Quinn stands for; he is a survivor.  You could underestimate him but he’ll come back and rise again.

How did you arrive at the aesthetic for the various design elements – the motorcycles and cars, clothing and decor? There’s a sense of Victoriana, but something else, too.

As these Barons set out to re-map the world after the Dark Ages, after the disruption of 99% of humanity, they picked the era they thought was the most comfortable and they hit upon the idea of recreating Victoriana.  But it’s not quite Victorian; there are modern elements that they’ve incorporated as well. Throughout history, each era has evolved while borrowing from the others.  Although there are elements that are steampunk-ish and neo-Victorian, a lot of it is not.  Lydia and Jade’s wardrobe is very much inspired by 20th Century fashion, from Chanel to Yves St. Laurent to Halston.  There’s a fascination with surviving mid-20th Century audio technology – records, record players.  There aren’t complex electronics in the Badlands, no circuit boards or circuits or computers.  But there are mechanical things and basic electricity. So the vehicles are all pre-1970.  After 1970, cars became more computerised and the maintenance wouldn’t be possible in this age.  But a simple engine would work and would function; it could be repurposed and retooled.  There’s also a good influx of Asia in weapons, wardrobe and silhouettes.  We blended all these elements to make this world feel authentically its own.

Into the Badlands starts on AMC from BT on October 10th.