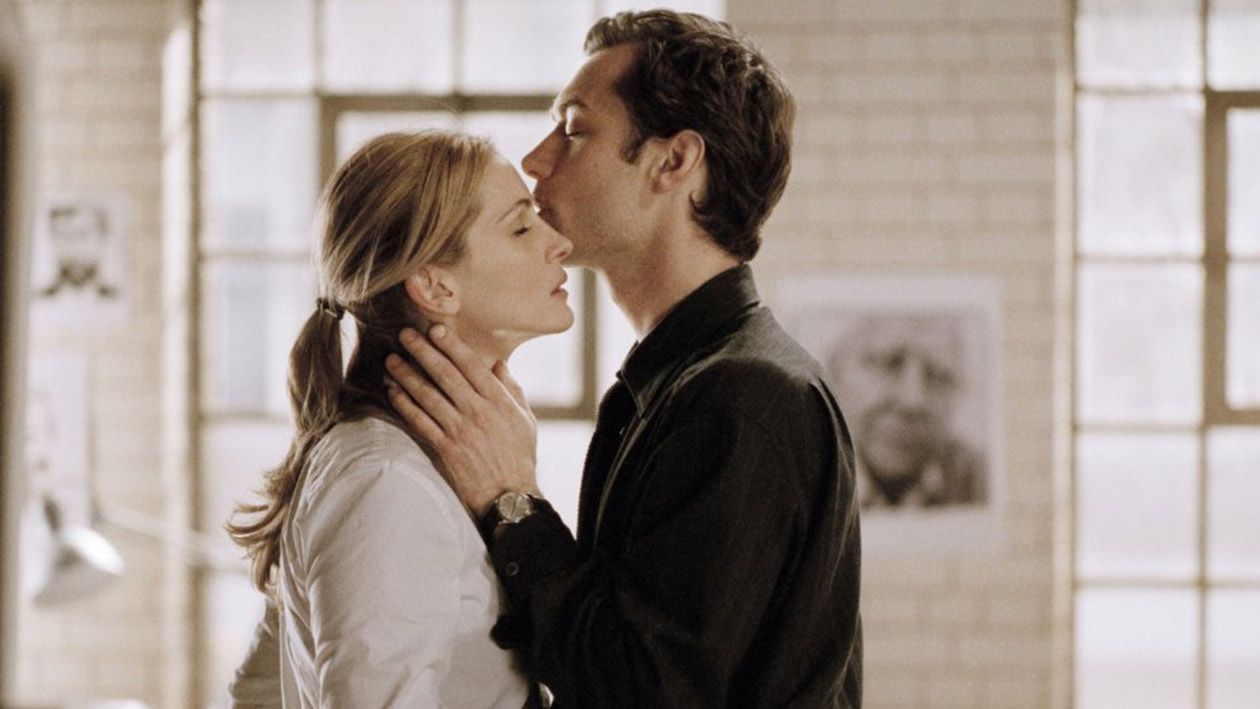 Alice (Natalie Portman), an American stripper who has moved to London, meets Dan (Jude Law) on the street. While looking at him, a taxi hits her. After taking her to the hospital, Dan begins dating Alice. A year later, Dan — who has written a novel about Alice — is bored. He flirts with photographer Anna (Julia Roberts). Pretending to be her in a chat room, he leads dermatologist Larry (Clive Owen) to an accidental meeting with Anna. As the years pass, both relationships disintegrate